This video shows the main features of ApexSQL Decrypt, a SQL Server development tool that is capable of decrypting SQL procedures, functions, triggers and views with a single click.
See how to filter encrypted objects, use the Results grid, add and remove servers, and also initiate the Decryption wizard for the user specific decryption of the selected objects.

Welcome to the ApexSQL Decrypt general overview video. ApexSQL Decrypt is a SQL Server development tool that can decrypt SQL objects from multiple SQL databases, located on different SQL Servers. Before decryption, the original DDL script can be previewed in the Query window as the CREATE or ALTER script type. Decryption can be done directly on a database, or by creating one SQL script for all objects or one SQL script per object.

Along with above mentioned ApexSQL Decrypt can also:

Please note that SSMS add-in is an optional component that can be selected/deselected during the installation of ApexSQL Decrypt in the integration step. 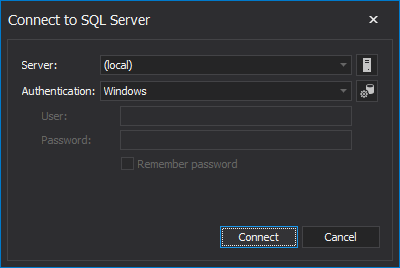 Once a server is loaded, by default it will be expanded and all databases will be shown in the Results grid: 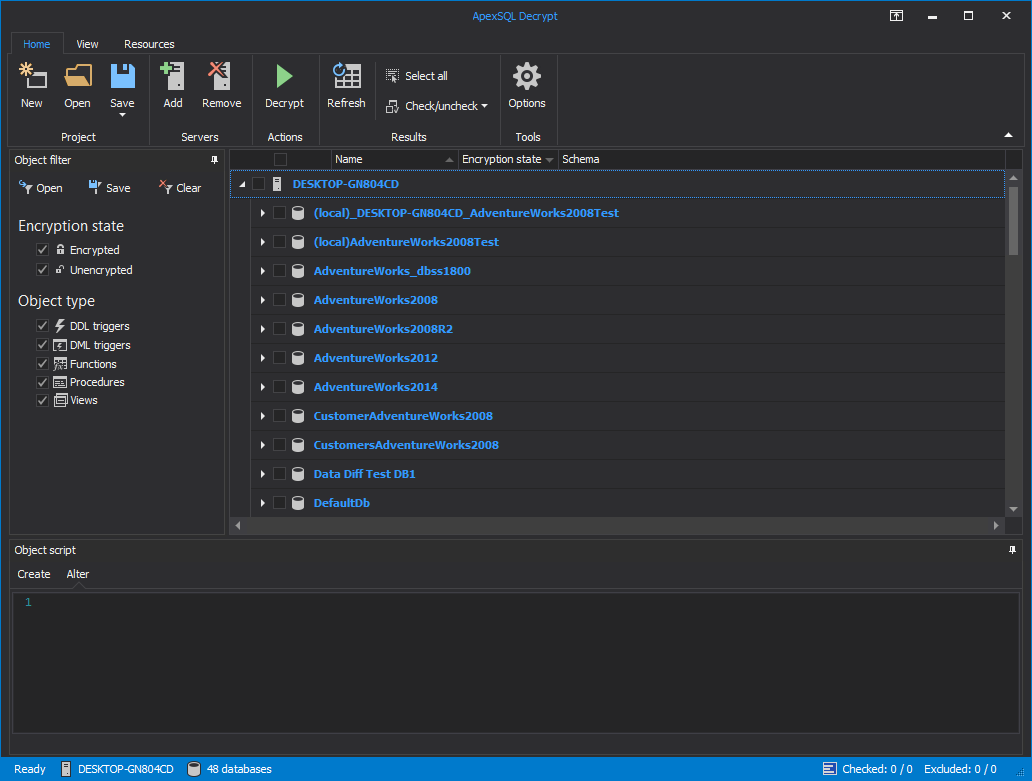 Additionally servers can be added or removed from the Results grid via the Add or Remove buttons from the Home tab:

Before continuing, let’s review the Options window, which can be initiated from the Tools section of the Home tab, once the Options button is clicked:

In the General tab, of the Options window, type of startup action and the Object filter options can be defined: 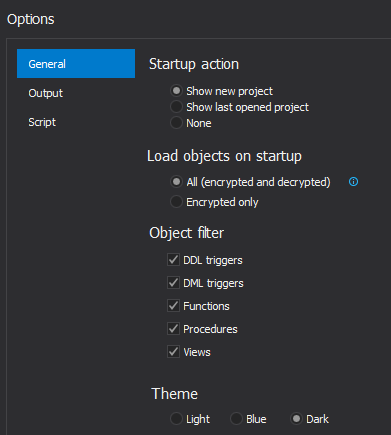 The next tab, is the Output tab, where the type of Output format and editor can be chosen along with the default output folder and type of encoding for the decryption script: 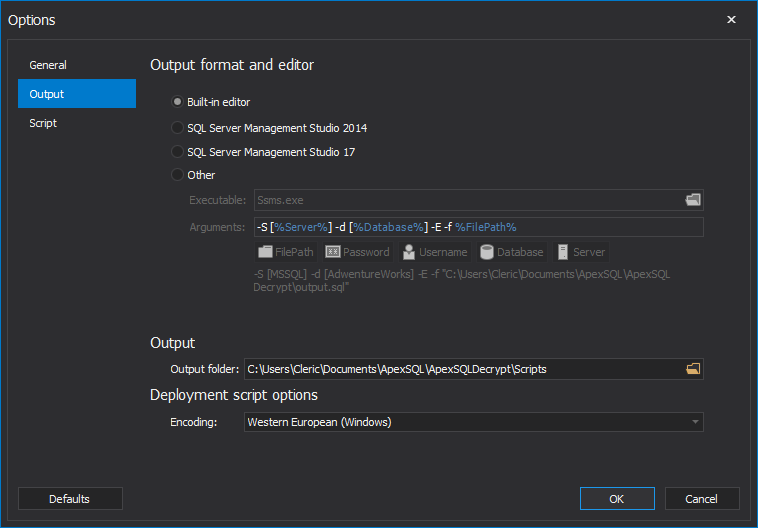 The Script tab allows the selection of various Script options: 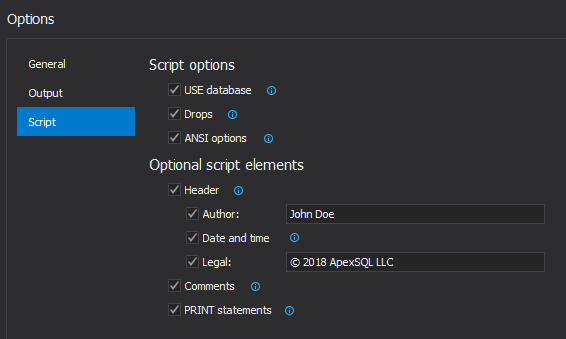 And includes the Optional script elements that can be added to the decryption script: 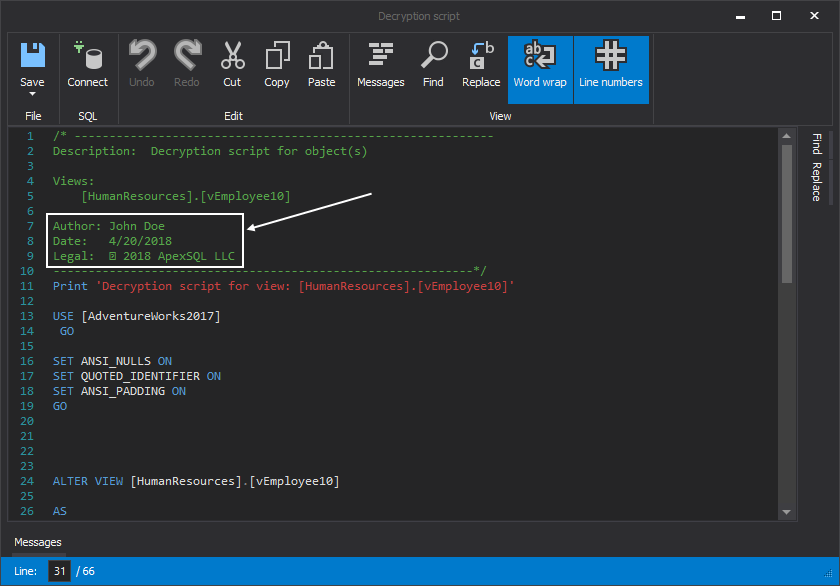 Now that the Options window is thoroughly explained and the options are set, let’s get back to the Results grid. Databases in the Results grid can be expanded to show various object types that are encrypted in the currently selected database:

Once the object is selected the preview of the DDL script for that selected object in the Object script panel which is located under the Results grid: 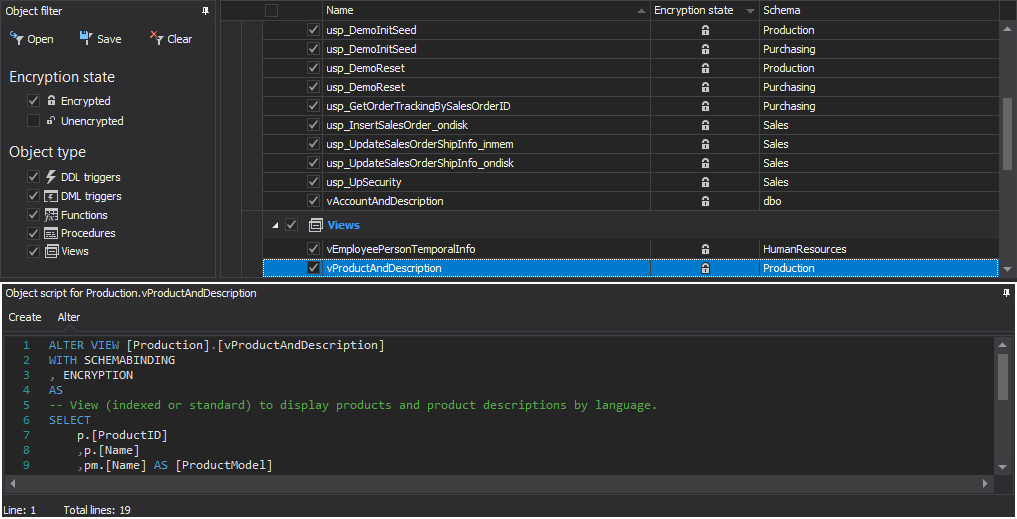 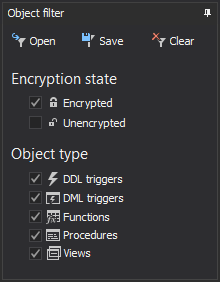 By right clicking on the Results grid, the context menu is shown from which various options can be chosen, but in this example Decrypt objects option will be used:

Same action can be done by clicking on the Decrypt button located in the Actions section of the Home tab once all the desired encrypted objects are selected in the Results grid:

This initiates the Decryption wizard: 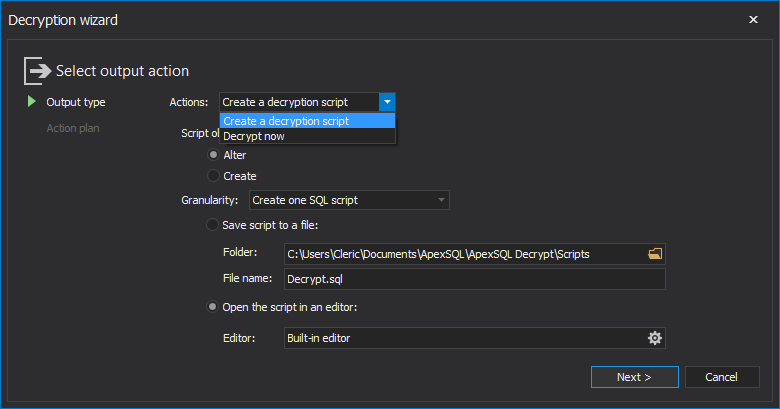 In the Output type step of the Decryption wizard, the Create a decryption script or the Decrypt now action can be chosen. There are also additional options, like which statements will be used to script objects, and the ability to create one SQL script for all, or one per object: 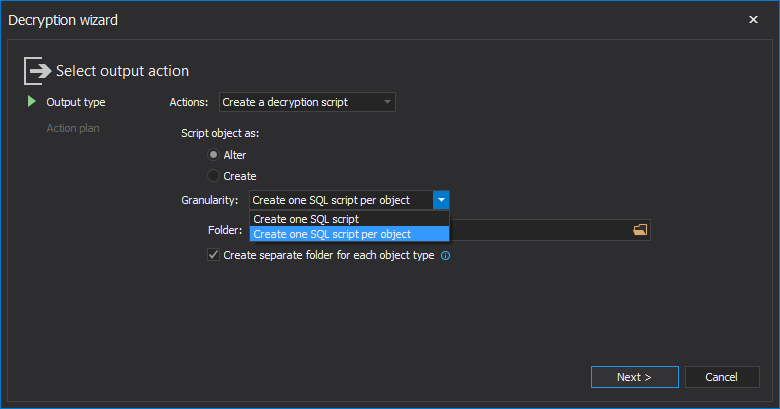 Last step of the Decryption wizard is the Action plan, that shows which objects are selected for decryption before the process is finalized and the corresponding script is created once the Create script button is clicked: 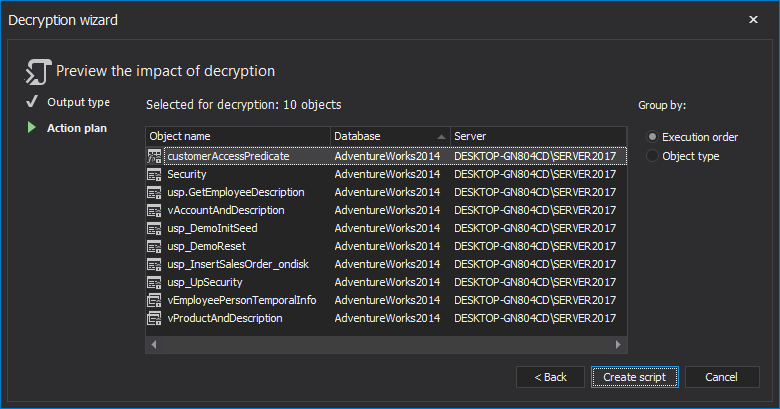 When the decryption process is done, the Results window will be shown along with all information messages about the taken actions: 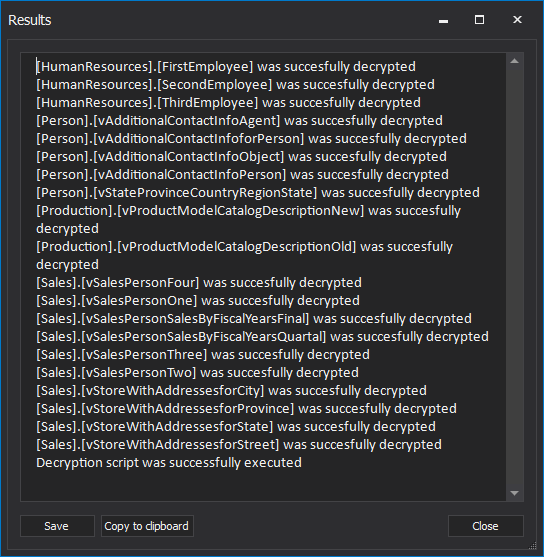 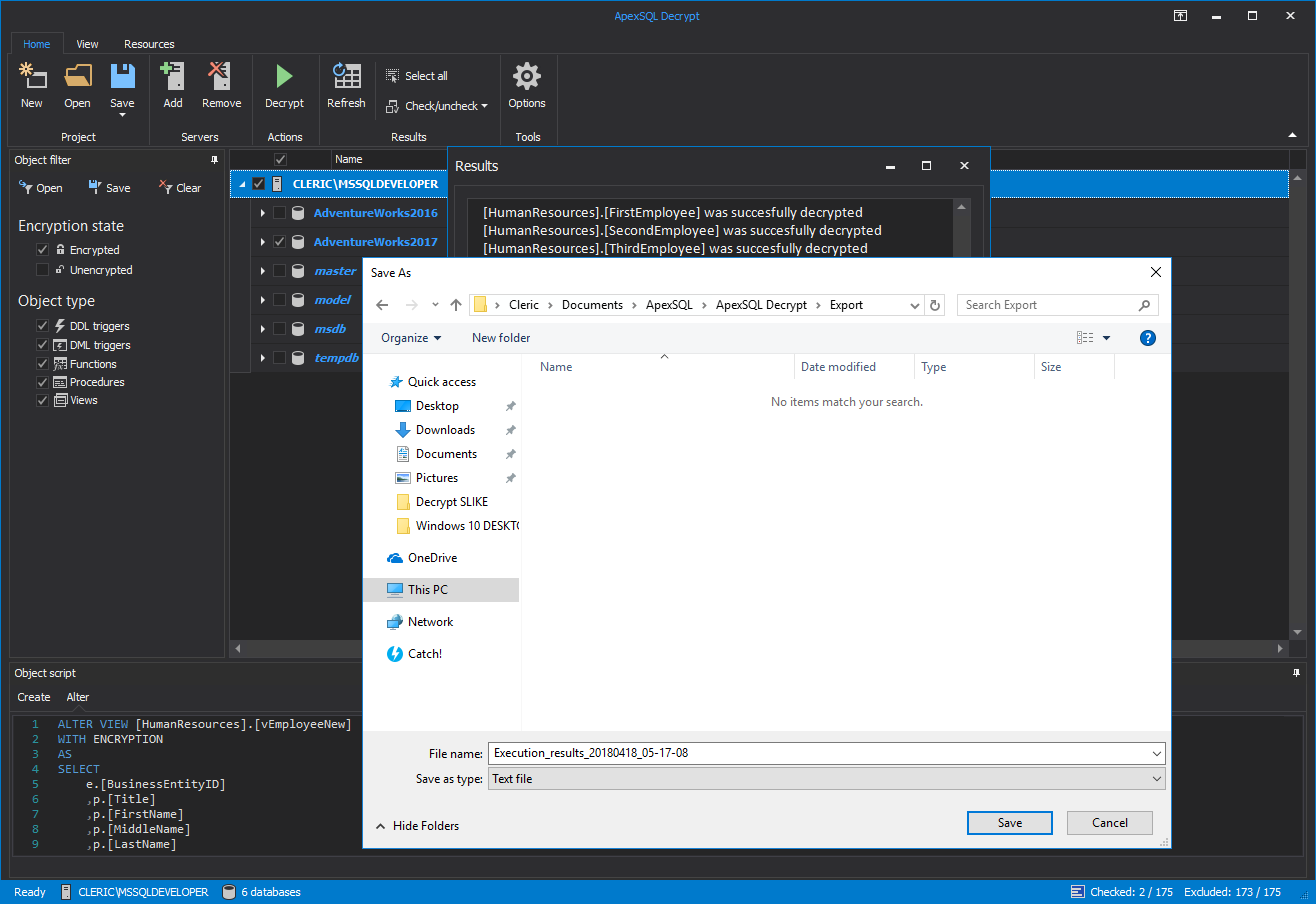 All selected encrypted objects are now decrypted with just a few clicks by using ApexSQL Decrypt.